Bob Hariri is a Co-founder and Vice Chairman, Human Longevity, Inc. Former Founder and Chairman, Celgene Cellular Therapeutics surgeon, biomedical scientist and highly successful serial entrepreneur in two technology sectors: biomedicine and aerospace. chairman and chief scientific officer of Celgene Cellular Therapeutics, one of the world’s largest human cellular therapeutics companies, Dr. Hariri has pioneered the use of stem cells to treat a range of life threatening diseases and has made transformative contributions in the field of tissue engineering

Walter Bini has completed his Diploma at Westminster School, Simsbury Conn. USA and Post-graduate degree at Universidad de Zaragoza, Facultad de Medicina, Zaragoza-Spain. In 2014, he was the Middle East Chairman of ISLASS. He was Head of Neurosurgery at Sheikh Khalifa General Hospital, UAQ-UAE from 2014- 2016. Currently, he is Consultant Neurosurgeon in Orthopedic department, spine section of Lanzo Hospital COF, Lanzo d’Intelvi in Italy and also Visiting Consultant Neurosurgeon in Orthopedic department at Healthpoint Hospital, UAE.

Jonathan Schwartz has over 37 years doing international business consulting for emerging medical technologies and has been focused on stem cell technologies and regenerative medicine for the past nine years. He currently is the President of Xanadu Stem Cell Institute and Research Group and has done business consulting for many companies globally, including, LCCELL, Mystem, Bioquark, Diponed Biointelligence, Weber Medical, Cell Innovations, Telomere Biosciences, WeHealPlus, Fit For Life, Coloplast, Smith & Nephew, GLO PRP, many others. He has previously worked in Management and Executive capacities with Spacelabs Medical, GE Healthcare, Intellicell Biosciences. He has degrees from Queens College and NYU Medical School.

Biography: Lucie Bacakova has graduated from the Faculty of General Medicine, Cha ReadMore...

Lucie Bacakova has graduated from the Faculty of General Medicine, Charles University, Prague, Czechoslovakia in 1984. She has completed her PhD from the Czechoslovak Academy of Sciences and became Associate Professor at the 2nd Medical Faculty, Charles University. She is the Head of the Department of Biomaterials and Tissue Engineering, Institute of Physiology, Academy of Sciences of the Czech Republic. She is a Specialist for studies on cell-material interaction and vascular, bone and skin tissue engineering. She has published more than 150 papers in reputed journals

Biography: Michele Zocchi graduated in Turin in 1976. He lived for over ten years ReadMore...

Michele Zocchi graduated in Turin in 1976. He lived for over ten years abroad, first in the United States and then in France to obtain specialties in maxillofacial surgery and in plastic and aesthetic surgery. He has worked and works as an in-house doctor and as a researcher in the most prestigious institutions worldwide, mainly in Brazil, Spain, France and the United States. Today the prof. Zocchi is recognized among the pioneers and among the most authoritative professional figures in the world in the field of body contouring surgery, of the physio-pathology of adipose tissue and of tissue regeneration. Since 1988, with his return to Italy, he has focused his professional interest especially in the field of lipoplasty and liposculpture, providing a fundamental contribution to the research and development of new methodologies and new surgical protocols, inventing and refining the related instruments . Among others, ultrasound lipoplasty , bicompartmental lipostructuring of the breast and the production of adult mesenchymal stem cells from adipose tissue aimed at tissue regeneration stand out . In his career, prof. Zocchi has carried out more than ten thousand surgical operations, while at the same time conducting an intensive congress and teaching activity in university institutes and educational programs. He has been speaker and guest of honor in over 400 international congresses in more than 40 countries. He is the author of over 150 books, monographs and publications on the most prestigious international journals in the sector. He is an effective or honorary member of more than 20 international surgical societies and professional associations . He holds the position of scientific director, responsible coordinator and teacher in charge of the permanent training program (PFP) of the Italian Society of Plastic, Reconstructive and Aesthetic Surgery . He is National Delegate for Italy of Espras (European Confederation of National Plastic Surgery Societies). He is fluent in Italian, English, French, Spanish and Portuguese.

Professor Frank Staal’s research is centred around the differentiation of blood-forming stem cells (hematopoietic stem cells, HSCs) to the major disease fighting white blood cells The research of Frank J.T. Staal focuses on molecular regulation of immature T lymphocyte development and hematopoietic stem cell biology. Besides basic aspects of transcriptional regulation and cell signalling in mouse and human, this knowledge is applied to diagnosis and gene therapy applications of primary human immunodeficiencies as well as to abnormal lymphoid development in acute lymphoblastic leukemias. Translational research leading to novel diagnostic and therapeutic tools is an integral part of his research activities.

Director of Moscow Research Institute of Eye Microsurgery and father of the modern Radial Keratotomy for the surgical correction of myopia, Massimo Lombardi is the first European ophthalmologist who attends in Moscow the courses on training in the most recent techniques for the microsurgery of the eye. 1987: He is the only private in the world who comes to an arrangement with the Moscow Institute of Eye Microsurgery, through the Soviet Ministry of Health. This agreement allows him the possibility to try new ideas in the field of ophthalmological research with the help of several équipes. He obtains the Specialization in Ophthalmology at the University of Rome “La Sapienza. He performs for the first time in the world the operation of “Lasik” on pig eyes. He holds in Atlanta a specialization course in refractive surgery to ophthalmologists from many different countries.

Biography: Ivana Haunerova is a Quality Assessor for biotech and advanced therapy ReadMore...

Ivana Haunerova is a Quality Assessor for biotech and advanced therapy medicinal products in the State Institute for Drug Control in the Czech Republic. She has completed her graduation in Biochemistry at the Institute of Chemical Technology, Prague. Since 2009, she is a Member of the Committee for Advanced Therapies at EMA 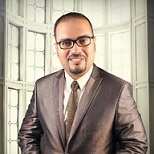 Dr. Amgad M. Rabie, Professor & Researcher of Pharmaceutical Organic (Medicinal) Chemistry & Drug Design/Discovery, Department of Pharmaceutical Organic Chemistry, Faculty of Pharmacy, Mansoura University, Mansoura, Egypt. He is the editor-in-chief & the chairman of the peer-reviewing committee of the famous & reputable journal in pharmaceutical sciences & researches worldwide, International Journal of Pharma Sciences and Scientific Research (IJPSR), USA, Canada, Europe, Asia, Egypt, Australia, and Brazil.His major role is to help the American Chemical Society (ACS; which is the most famous & best ranked international chemistry organization) to improve people’s lives through the transforming power of chemistry. He is also a editorial board director & chairman of the multidisciplinary and internationally famous & comprehensive journal in all pharmaceutical & medicinal sciences worldwide, Journal of Pharmaceutical and Medicinal Research

Biography: Simon Checkley is Managing Director at The Regenerative Clinic at Unit ReadMore...